Municipal Advisor? What’s That, and Why Do I Need to Know?

On July 21, 2010, the Dodd-Frank Wall Street Reform and Consumer Protection Act (Act) was enacted. Among other things, the Act created a new group of regulated persons known as “Municipal Advisors.” In September 2013, more than three years after the Act was enacted, the Securities and Exchange Commission (SEC) adopted a series of rules primarily designed to clarify which persons are required to register as Municipal Advisors (Rules). The Rules became effective on July 1, 2014.

As will be discussed more fully below, the Rules can be said to encompass anyone who provides advice relating to municipal securities issuances, including those persons who traditionally referred to themselves as “Financial Advisors,” “Bond Advisors” and “Bond Consultants,” among others. The Rule s also encompass persons who have not traditionally considered themselves to fall within one of the above-referenced categories, such as attorneys, engineers, certified public accountants, investment advisers, investment bankers and underwriters. Because of the Rules’ potential impact on a variety of market participants, it is important for municipal governments who are either thinking about or in the process of undertaking a municipal bond or note transaction to consider whether the person providing them with advice is appropriately registered and is providing such advice in a manner that is consistent with federal securities laws. In addition, municipalities should consider the differing roles that the various professionals play within the municipal market and the duties such professionals owe to their municipal entity clients.

What is a Municipal Advisor?

Of the various exemptions, observers anticipate that the “Underwriter Exemption” will be one of the most utilized. Pursuant to the underwriter exemption, once a broker- dealer or investment banker is engaged as the municipality’s “underwriter,” that person will be permitted to provide advice similar to that of a municipal advisor, without being deemed a municipal advisor. To utilize the underwriting exemption, many broker- dealers and investment bankers will begin providing engagement letters to prospective clients early on in the course of the parties’ relationship. It is further anticipated that these engagement letters will generally be non- binding, meaning that municipalities will have the ability to terminate the relationship at any time prior to the sale of bonds. However, the scope of the underwriter’s engagement must be limited to a particular transaction and cannot open-ended. Regardless, once a municipality executes an engagement letter or similar document evidencing an engagement, the broker-dealer will become an “underwriter” for purposes of the underwriter exemption. As the underwriter, a broker-dealer will be able to provide advice similar to that of a municipal advisor, including advice relating to the structure, timing and terms of a bond issuance, throughout the course of the transaction without being obligated to act in its client’s best interest.

An exemption also is available for individuals who provide advice as part of a response to a Request for Proposals (RFP). The RFP must be conducted in a competitive manner in order for a person to be able to provide advice under this exemption. In this regard, the SEC has specifically stated that in order for the RFP to be considered competitive, it must be distributed to at least three firms.

What does this mean for municipalities?

As noted above, municipal advisors are obligated under the Act to serve as fiduciaries to their municipal entity clients and act in their clients’ best interest. However, many municipal governments have for a long time relied upon the advice of their broker, underwriter or investment banker (collectively, Underwriters) and have not traditionally utilized financial advisors. For these governments, neither the Act nor the Rules mandate the use of municipal advisors. In fact, the Act makes it clear that municipalities are in control of their bond transactions, and are able to utilize whatever service provider they choose, albeit within certain regulatory parameters. Regardless, so long as underwriters adhere to the Rules, and municipalities understand the risks involved in receiving advice from a non- fiduciary in an arm’s length commercial transaction, underwriters will be able to provide advice similar to that of their municipal advisor counterparts to their municipal clients.

In addition, the Rules, acting in conjunction with other applicable regulations, will require underwriters to provide documentation to municipalities in connection with the non-fiduciary arm’s length nature of their relationship to such clients, as well as any documentation relative to an underwriter’s reliance on any particular municipal advisor exemption. This information will allow municipalities to make an informed decision about whether they should rely on such parties to provide advice. Similarly, municipal advisors will be required to disclose to their current and prospective clients any material conflicts of interest that they may have with respect to their ability to provide unbiased advice to such client or prospective client. This too will assist municipalities in assessing the prospective engagement of any particular municipal advisor.

In light of the foregoing, and based on statements from the SEC, as well as the recent Missouri State Auditor’s report on General Obligation Bond Sale Pricing, it is anticipated that those municipalities who utilize and rely on the advice of municipal advisors will achieve appreciable financial benefits for themselves and for their tax payers. In addition, it is anticipated that the nu m e ro us e xem pti o ns a v a il able to underwriters will allow municipalities not utilizing a municipal advisor to continue to receive services from their preferred professional.

Thus, within the municipal advisor community, the Rules are generally viewed as creating an environment in that municipalities will retain control of their bond issuance processes, while benefiting from the existence of the new regulations. Underwriters, however, generally have a less favorable view of the Rules, which is due, at least in part, to the fact that they will have to change their business practices in order to avoid obtaining fiduciary duties. What impact the Rules will ultimately have on the municipal market is yet to be seen. However, we know that the municipal market has changed, the delineation of roles between municipal advisors and underwriters now are clearer than ever, and municipalities, if they so choose, will be able to obtain advice from municipal advisors who are federally mandated to act in their best interests.

For more information on the Act and the Rules, you can visit the Government Finance Officers Association’s Municipal Advisor Rule Resource Center at: GFOA.org. Or, if you would like information about municipal advisor firms in your area, visit: NAIPFA.com. 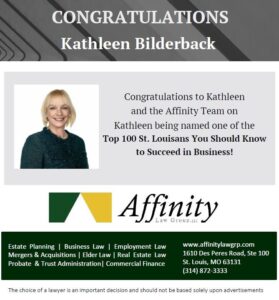 Kathleen Bilderback Named One of The Top 100 St. Louisans You Should Know to Succeed in Business 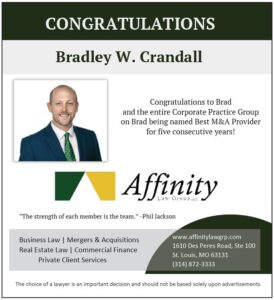 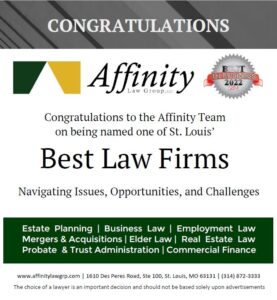